Never Admit Fault: Why This Is Such an Important Rule After Any Maryland Auto Accident

You were just in a car accident, and it was no fender-bender. In fact, it was a pretty big hit. The other driver looks pretty banged up. Emergency vehicles were called and are on their way. Witnesses in the area are all standing around. Some are making sure you’re OK, while others are helping the other driver.

Deep down it starts to sink in that you made a mistake, you were at-fault. It sinks even deeper ─ this person wouldn’t be injured if you didn’t make that mistake. You feel obligated to admit that you made the mistake and are at fault. Unfortunately, many people have admitted fault at this point, surrendering crucial evidence for any case: your testimony.

Why should you never admit fault? Why keep things to yourself about this dangerous motor vehicle accident that just took place? There are several important reasons.

Maryland Is a Contributory Negligence State

Let’s imagine that as you ran a red light, the other driver was texting and didn’t notice you coming. Remember, because the state of Maryland follows the law of contributory negligence, if the driver is found even 1 percent at fault for the accident, he or she could lose the right to compensation.

There’s a Possibility You Might Not Actually Be At-Fault

If you didn’t break any driving laws, you might not be at fault at all. It may have seemed like you could have done something better to avoid the accident, but the other driver could have been the one who really broke the law. Asking police at the scene to take a deeper look at the situation can help determine who broke traffic laws.

In addition, a defective auto part in either vehicle could have caused the crash, making the part’s manufacturer or distributor at fault, rather than either driver.

There Are More Stories About the Accident Than Just Yours

Other witnesses might have seen something that you didn’t see. Maybe a passenger in the other vehicle mentions that their driver was talking on the phone. Maybe another witness in another car is convinced the other driver was speeding. Statements like this can clear your responsibility over the accident, especially in a contributory negligence state like Maryland.

If another witness or an officer documents that you declared fault, the victims of the accident can use your words against you throughout the entire lawsuit process until they get what they want. Your words hold power, so be careful with anything you say after an accident.

So What Should You Say After an Accident?

Your focus should be on getting others the help they need, collecting evidence, and gathering important information that can offer value to your situation. 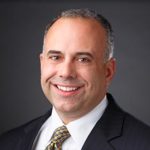 Not admitting fault doesn’t mean you should lie after an accident either. It just means you should assume that you don’t know who was at fault until a full investigation has been conducted, and that’s the truth. If you have any more questions about this subject, please note that our law firm can give you a free consultation about your accident.